You are here: Home > Things to Do > Conwy Castle 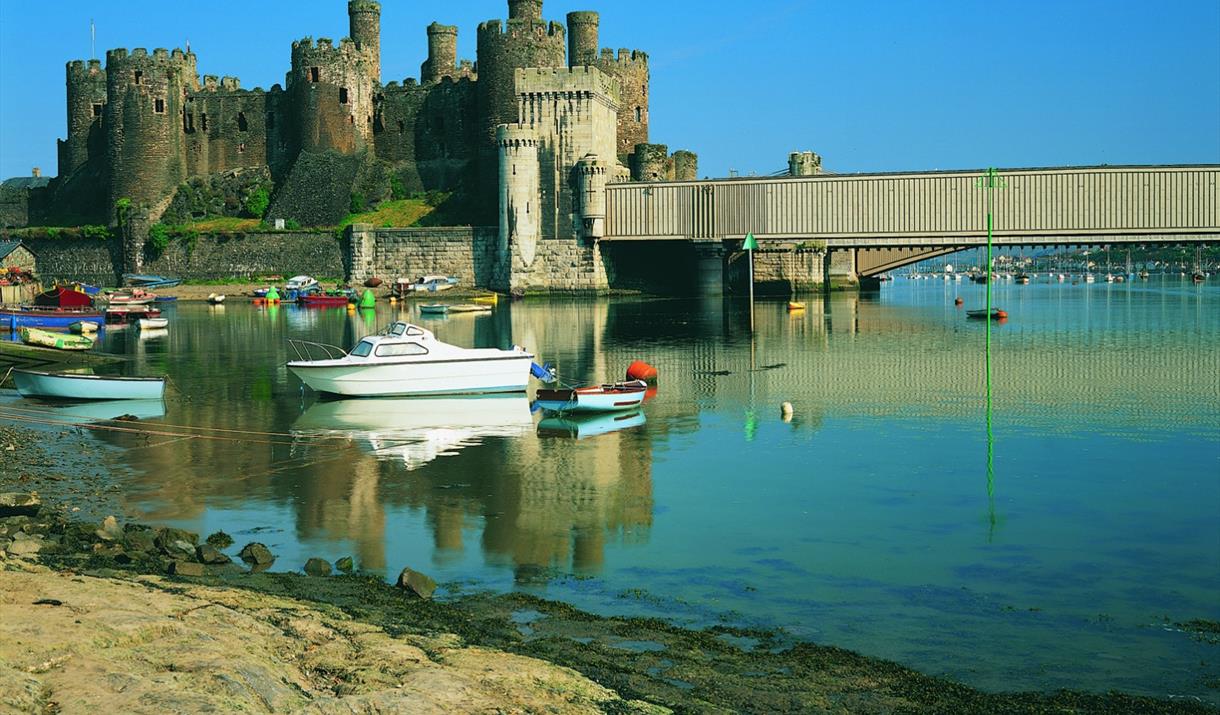 In a nutshell. Time travel has never been easier.

When King Edward I built Conwy Castle in the late 13th century it was intended to dominate and intimidate – and it’s still doing its job, competing with Snowdonia’s rugged skyline and winning the battle for our attention.

Is there another castle in Wales that evokes the atmosphere of medieval times so well?

We don’t think so...And we think you’ll agree when you clamber up to the towers that seem to spring naturally from the dark rock on which they were built.

There are eight in all, commanding breathtaking views across the estuary of the River Conwy and down into Conwy itself, huddled like a toy-town in the shadow of the fortress.

It’s equally rewarding to peer inside the bones of the fortress itself.

Apart from the absence of roofs, the interior is largely intact, especially the grand 40m/130ft Great Hall and King’s Apartments.

It’s little wonder that Conwy Castle is up there with the great castles of medieval Europe.

The fortress is a World Heritage Site, along with Conwy’s other exceptional historic glory – its three-quarter-mile ring of town walls, which completely enclose the original township of narrow streets.

Protected by no less than 21 towers and three gateways they are – like the castle – amongst the finest of their kind in Europe.

And the good news is that you can still follow in the footsteps of the guardians of old, for most of the wall walk is open to the public.

Printed Material in other Languages