You are here: Home > Things to Do > Citysightseeing Llandudno & Conwy 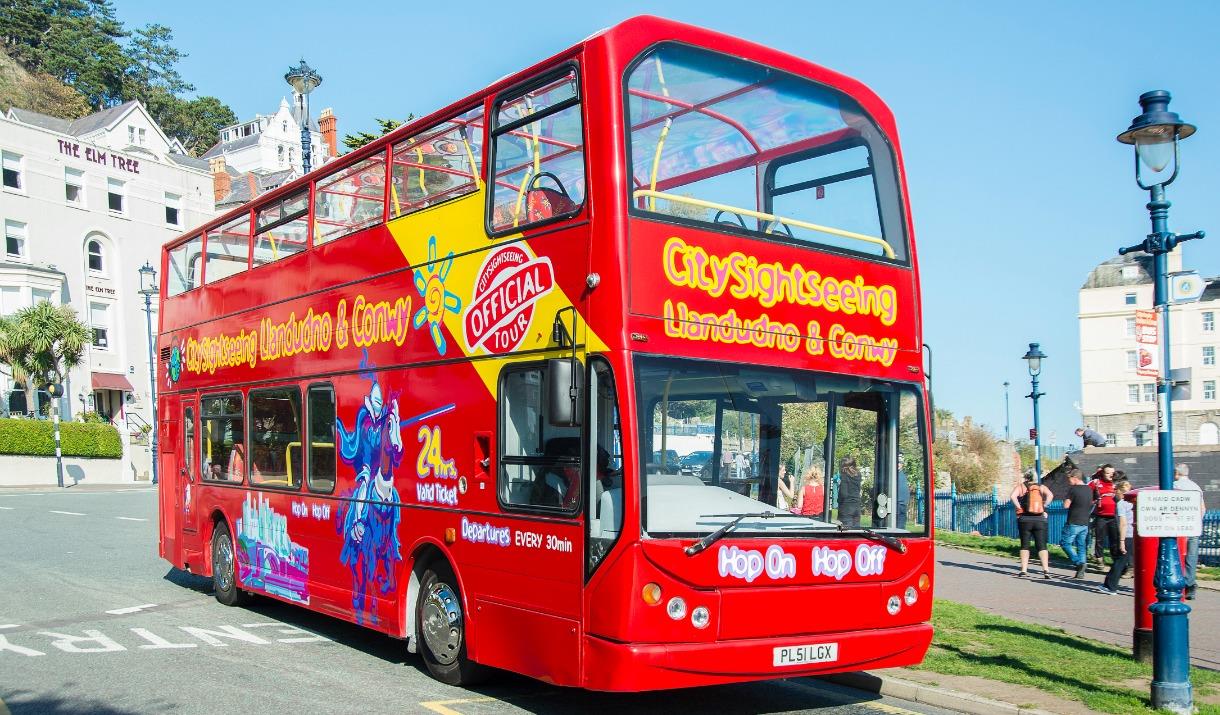 The splendid Welsh resorts of Llandudno & Conwy lie between two gorgeous beaches and have retained much of their Victorian charm. You'll enjoy spectacular views of the Great Orme, the Pier, Conwy Castle and the surrounding countryside.

Hop on board with your 24 hour ticket and enjoy panoramic views from the top deck of an open top bus as you explore the two locations.

Let City Sightseeing highlight all the things to do and see in these beautiful seaside towns. The North Parade is home to Llandudno Pier, a grade II listed building originally built in 1858. The marvellous structure boasts a variety of attractions, eateries and lots of things to do including a fairground at the shore end. Opposite the pier you may even catch a traditional Punch & Judy show. Stroll along the length of the pier, the longest in Wales, for spectacular sea views. Llandudno Bay itself offers picnic spots, coastal walks and stunning views. Hop off and take a trip on The Great Orme Tramway which has been delighting visitors since it opened in 1902. An engineering sensation of its age, it's the only cable-hauled tramway still operating on British public roads and has been lovingly restored.

Tickets can be purchased from the City Sightseeing sales representative at the entrance to the pier, on the bus, through the Llandudno and Conwy Tourist Information Centres or online at https://city-sightseeing.com/en/94/llandudno

Tourism Business of the Year award 2019

* Runs hourly, services are more frequent during the peak season, running every 30 minutes.