You are here: Home > Things to Do > Llandudno North Shore Beach 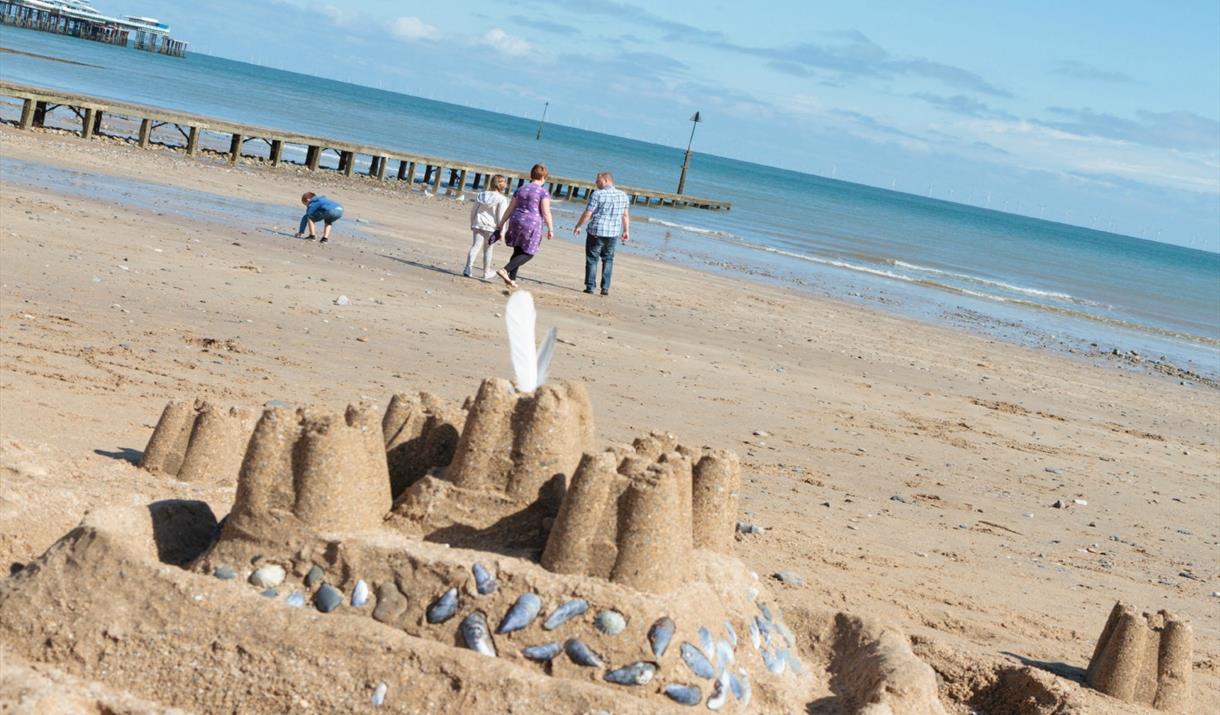 Llandudno has kept its Victorian and Edwardian elegance and splendour, despite its modern attractions.

The North Shore is Llandudno's principal beach (also known as Llandudno Beach), and is a sheltered beach with a long Victorian pier and wide promenade and set in the shadow of the impressive Great Orme headland.

Things To Do on and around Llandudno Beach

All the best old-fashioned ways to enjoy our beautiful coast are here.

Punch and Judy shows have been a firm seaside favourite for over a 150 years, then there’s donkey rides on the sand, ice cream on the pier, live music from the bandstand. And not forgetting an afternoon nap in your deckchair!

There’s, a play area, paddling pool and snacks at the Prom’s east end.

One of the best ways to see Llandudno is from a boat, hop aboard Sea-Jay for a water-based sightseeing trip to see the Little Orme and Great Orme or a longer sea fishing trip where you can enjoy the breathtaking coastline in the hope of catching your own dinner.

Or you can hop aboard one of the speedboats and whiz by the Great and Little Ormes in a blur of spray and salt.

Few modes of transport raise more smiles, from both passengers and passers-by, than the Llandudno Land Train which you can board opposite the North Parade.

The urge to wave to the crowds, as the multi-coloured engine ‘chuffs’ its way between Llandudno Beach and West Shore beach, is too much to resist.

Llandudno Beach is just a few minutes’ walk to the town’s amenities including shops, cafes and toilets.