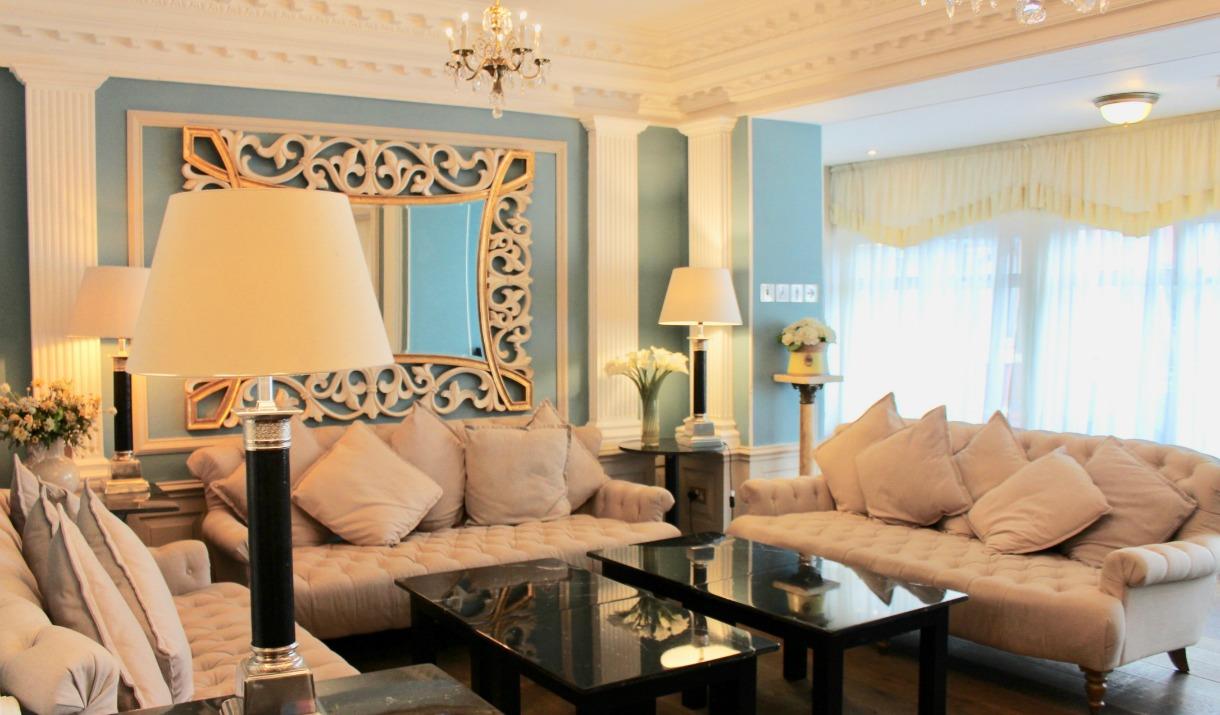 The Empire is a large boutique style hotel situated in the popular seaside resort of Llandudno. It is packed with facilities – an indoor pool, sauna and steam room; spa treatment rooms; gym with cardiovascular and strength equipment; outdoor splash pool with sun area; 2 restaurants and a bar; air conditioning in all bedrooms and public areas. There is also free Wi-Fi throughout the premises and surrounding car park.

The bedrooms are elegantly furnished with antiques and quality fixtures and include amenities such as Wi-Fi, air conditioning, Hypnos mattress, Freeview TV and DVD player, tea / coffee facilities, fridge, safe, hairdryer and robes.

Behind the building, though, is a whole other story and that of family. The Empire story began almost 75 years ago in 1947 when Edith and Harold Maddocks came from Birmingham to Llandudno. The Maddocks family have run the hotel ever since and are now well into its third generation and working on passing down to a fourth one. When Edith and Harold arrived in 1946, there were just 20 bedrooms and 2 bathrooms. The hotel has evolved over the decades and now incorporates 64 rooms. The second generation of Len and Elizabeth Maddocks took the helm in 1963 and started on a long programme of expansion and investment which continues today. The hotel is now run by the third generation of Elyse (née Maddocks) and Michael Waddy since 1993.

The family would be nothing, however, without the support of their wonderful and long-standing staff, many of whom have worked at the hotel for well over thirty years. We like to employ long serving staff as they share our commitment to service but with our sense of individuality and humour.

*As a guide, prices are per room per night for hotels, guest houses, B&Bs and serviced apartments and per week for self-catering accommodation.

Note: Prices are a guide only and may change on a daily basis.