You are here: Home > Things to Do > Rhos on Sea/Colwyn Bay Beach 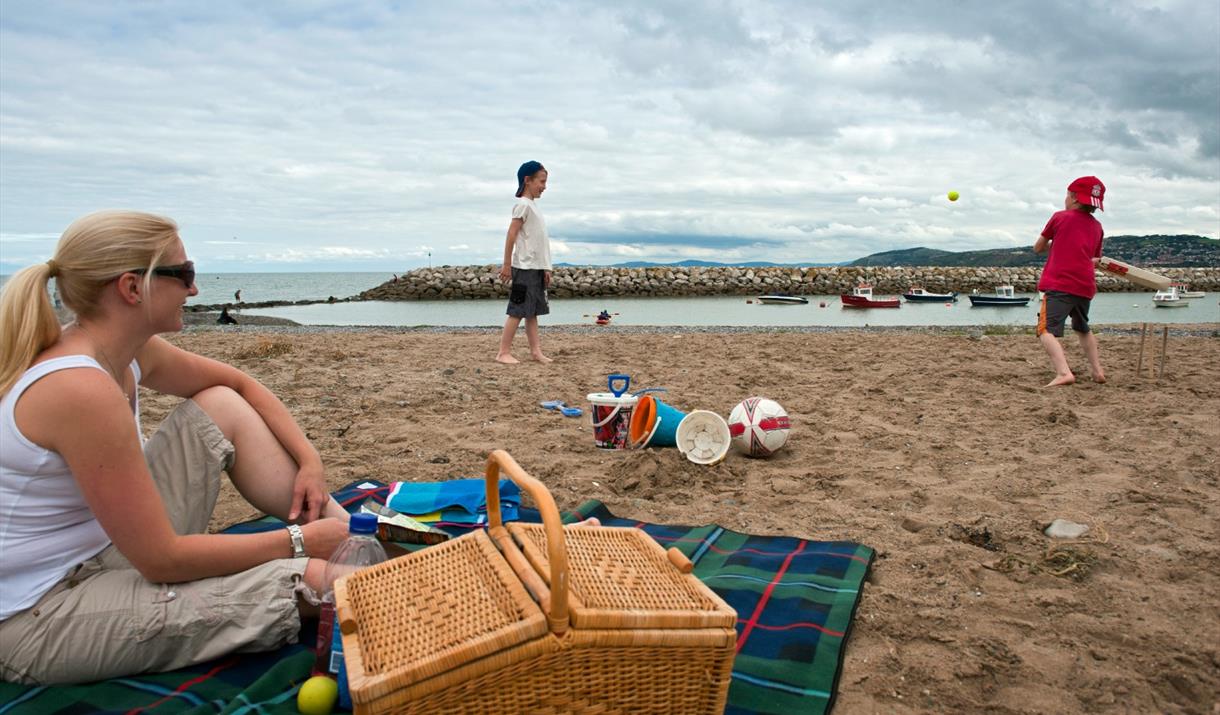 Winner of the prestigious Blue Flag award, Colwyn Bay Beach (also known as Rhos-on-Sea beach) is great for swimming, watersports and fishing, with cycling and walking along the coastal track.

In fact the big, three mile bay starts at Rhos’ harbour wall, a serene scene of bobbing boats and a beach of sand and shingle that’s guaranteed never to get too busy.

Rhos is known for small things too – specifically the Harlequin Puppet Theatre which is just a stone’s throw from the seafront.

It’s crazy golf with a fun nautical theme, with holes that include ‘The Surfboard’, ‘Pirates Skull’ and ‘Submarine’.

Things To Do on or around Colwyn Bay Beach

The sweep of coast from Rhos-on-Sea to Colwyn Bay and beyond has seen a major transformation with new projects and attractions breathing new life into the resort.

The bay - a sweeping sandy crescent looks better than ever!

The pristine Porth Eirias Beach, part of the Colwyn Bay Waterfront project, has seen the import of Saharan quantities of fresh sand and the promenade has been refreshed and revitalised.

Local attractions include Eirias Park, and the Welsh Mountain Zoo, and the surrounding area holds many more attractions and activities for the visitor and holiday-maker.

Dogs not allowed on the beach including seashore, foreshore and any slope or staircase leading to the beach from 1 May to the 30 September on the  following areas: Rhos-on-Sea Beach (between Rhos Pont and the eastern end of the Cayley Promenade) and Colwyn Bay Beach (between the Victoria Pier and the entrance to Eirias Park).

Dogs not allowed all year on the small sandy beach at Rhos Point.